Despite being raised to follow in his father’s footsteps and become a mechanical engineer that would one day take over the family business, Can (sounds like Djan) turned to writing and game design. His first novel ‘Malik-i Mevt’ was published in 2013 by 6.45 Yayıncılık. After moving to Edinburgh, United Kingdom, he wrote his second novel ‘Steam & Sword’ which was designed as an interactive book, but was not published until today. Around those years, out of curiosity and some fiscal necessity, he studied culinary arts and became a chef.

His most recent venture was an ethnographic research project on the island of New Britain in Papua New Guinea. He and his wife Inna, lived in a mountainous  region covered with rain forests for 18 months – without electricity, running water, and walls… and managed to survive and return with many great stories.

Inna had malaria thrice, Can had none. 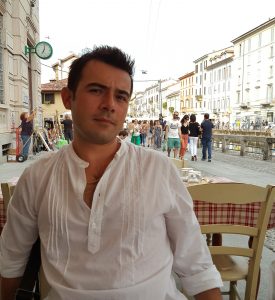